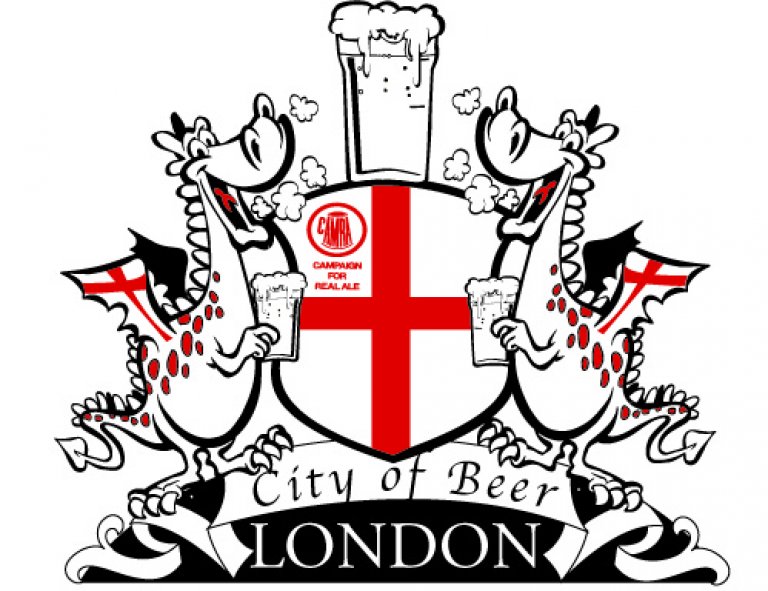 The London Branches of CAMRA launch London - City of Beer. For full detail of this exciting event, go to the dedicated website

London City of Beer - half way through and still celebrating!

The two months of celebrations were officially launched at CAMRA's Ealing Beer Festival on 4th July attended by publicans, journalists, brewers, VisitBritain and VisitEngland, who, incidentally, are committed to promoting the pub to visitors. The response to the campaign has been great with lots of people getting on board creating all sorts of events.

Food and beer matching events (Bull, Camden; Old Brewery, Greenwich), beer tastings (CASK, Pimlico; White Horse, Parsons Green), and, of course, beer festivals (The Speaker, near St James Park; Red Lion, Isleworth). Creativity is definitely there with five pubs round Newington Green all coming together, each running a beer festival at the same time to enable the visitors to try a great choice of beers and a bit of exercise in the walk between the pubs. Lots of the events have been aimed at helping people appreciate the complexity of beer. And it's not been all British beer with American and Belgian beer events popping up to show the wealth of great tasting beer available.

If you have been along to any event, and have taken photos, why not email us moc.liamg@reebfoyticnodnol() and we'll put them on the website. The best will be offered a place on the London Three Breweries Trip (Sambrooks, Brew Wharf and Kernel) that is being organised on Saturday 8th September. If you haven't taken photos, you could still come along on the day, simply bid for a place at the Great British Beer Festival or put in a postal bid - see the brewery trip section of London City of Beer for more details. It's going to be a day to remember and a fantastic way to finish the two months festivities.

But if you haven't got round to doing anything yet, there is still lots more to do with Redemption, London Fields and Windsor & Eton hosting Saturday open days, more beer festivals, more beer tastings and more music events. So take a look on the website of follow us on Facebook of Twitter. Don't miss the chance to be part of the fun - it won't happen again!!!

London was once known as the capital of the world for beer with the exporting of its famous brews all around the globe. Today, although there are fewer breweries, London has recently seen a growth in the number of its small brewers, which is being embraced by Londoners. But of course, London's reputation for fine pubs has always been there with some of the best in the UK to be found here and many have been places where history has been made.

So why is CAMRA doing this?

Research has shown that over 60% of visitors to Britain say that they will visit a pub when they come to visit. CAMRA, the Campaign for Real Ale, is coordinating a campaign to raise the profile of beer and pubs during the summer starting the first week in July, featuring the Ealing Beer Festival and culminating with the Great British Beer Festival in August at Olympia.

We hope that many breweries and pubs all across London will get involved in this celebration of everything beery and this website will be continually updated as we are notified of events. So why not take a look at what is happening and join in!

In order to assist visitors to London in the summer of 2012, CAMRA has produced a special edition London Drinker Magazine - 2012 Visitors' Edition which can be downloaded as a pdf file.