Sharing a platform with Greg Mullholland MP at Orpington Liberal Club, CAMRA Greater London Regional Director John Cryne called on local and national politicians and local people to act together to save their pubs, their clubs and their pints. Here follows a transcript of his speech... 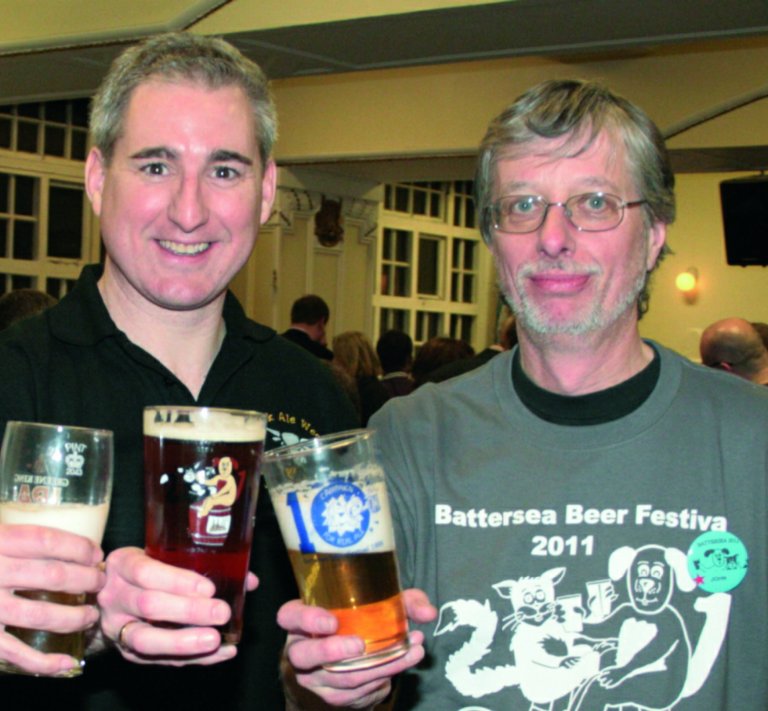 That is the title of tonight's meeting and it comes at a time when there is a convergence of opinion across the country that the time has come to stand up to save our pint. Whether it is MPs, The Sun or The Taxpayers Alliance, a broad spectrum is seeking to rally against the insidious beer duty escalator before next week's budget.

The mass lobby of Parliament organised by CAMRA at the end of last year was not only a great success but also an indication of the views of ordinary people. Why are beer drinkers being taxed into extinction?

But first let me provide a little personal context. I have been trying to save our pints since I joined CAMRA in 1975. It was a simple message - we campaigned to save traditional British beer which we called real ale. It was disappearing from our glasses and we thought it was worth fighting for. It seemed the drinker agreed but it has been a long battle.

Let me take this summary of where we were 40 years ago. The Local Beer Report from the Society of Independent Brewers ("SIBA") 2013 states that some facts are worth repeating, "When the historic brewing sector enetered the 1970s as a rationalised and cannibalised shadow of its former self, CAMRA was founded by dismayed consumers determined to make a stand against the seemingly unstoppable tide of takeovers, mergers and closures that were creating a supposedly fitter business model for an altogether super-efficient future that looked to be dominated by big brand "commodity beers."

And where are we now, this is just a snapshot from SIBA of 2012 - 100 new SIBA breweries with 651 members in production; 30 million more pints confirmed; SIBA members record 9% volume increase; 6.8% like-for-like growth predicted.

The brewing industry has been rejuvenated by a passion for offering quality, choice, variety and genuine local provenance, generated by the success of CAMRA's consumer revolt and by brewers who just knew that British brewing could do more.

So no problem - we have saved our pints!

But production is only a part of the story. Real ale is particularly unique in that the vast bulk of production is made to be drunk in pubs and clubs. And it is pubs and clubs that are under the severest pressure - all over the country we are losing our cherished local amenities, our cherished local drinking holes. And if the 650 members of SIBA have nowhere to sell their beer, then we and they are lost.

In both urban and rural areas pubs and clubs are under some of the most severe threats they have faced for their future.

On the one-hand, supermarkets through both their purchasing power and their ability to cross-subsidise offer slabs of cheap beer for drinking at home.

While I was never a smoker and have shed no tears for no longer having to throw that evening's shirt in the wash bin because it stunk of smoke, nonetheless the smoking ban could probably have been handled better and has undoubtedly had an impact on some establishments.

And then there is the spectre of alternative use - here again supermarkets rear their ugly head, buying up pubs for conversion into their metro stores. A conversion that very often requires no planning permission or, just as important, no chance for the local community to have their say.

But it is not just supermarkets, rich individuals and property developers are always casting their eyes over pubs - large buildings often in areas with high property values ripe for conversion into flats or grand residences for the rich. These people have very deep pockets and long-term plans and patience. They will fight all the way with expensive lawyers faced on the other side by committed local people but who are part-time volunteers.

We need both planning laws and a planning framework which protects these vital local amenities. We need a system whereby consultation with local people is not just a milk sop but an essential and properly defined part of the process. Local people must have a say in what goes on in their local area. Does your local authority have a planning policy that recognises the amenity value of pubs? If you don't know, then you need to know because local people must lobby their local politicians to get such policies into place.

And then yes, there's the recession, people have less money in their pocket - recent research by CAMRA (yet to be published) shows that people are going out less. And with the cost of beer going up by inflation + every year, they are using pubs and clubs less.

And then there is the pub company tenanted system which obliges tenants not only to pay a market rent for their pub but an above market price for their beer, making them less competitive.

And clubs themselves face a further threat. Their unique membership system is seen by some as on off-putting factor, their USP of cheap beer has been challenged by pub companies such as Wetherspoons; in North London many CIU clubs have closed citing such competition and the demographic changes in their local area. People now are less inclined to become members.

But there are pubs and clubs doing well, bucking the trend - why, often because they offer what an increasingly discerning customer wants - choice, especially in the cask beers and ciders on sale, and a good value food offering. The research CAMRA has done says this does not mean it has to be a cheap offer - people will pay £10 to £15 for a main course if they feel that the quality and service are on a par with the price being paid, if it is value for money.

And service - still too many premises are totally lacking in what it means to provide good service - bar staff poorly trained, having no knowledge of the beers on sale, dis-inclined to even serve you and when eventually they can be shifted from chatting to their mates at the end of the bar, what you get is a sloppily poured pint. The industry has to get its act in order and raise the overall levels of training and service. There are too many competing offerings for them to get this wrong.

Four people formed the Campaign for Real Ale in 1971 and with now 150,000 members showed what could be done by the consumer, by local people coming together to save their pint. Many of the problems I have outlined can similarly be confronted by local people - lobby your local councillors, lobby your local MP, lobby your London Assembly members (if you're in London), we are not powerless, get involved with local groups, see if and how the Sustainable Community Act is being implemented where you live.

The good news is local councils do have powers to be the last line of defence in protecting pubs. Tonight's summit at the London Assembly will enable CAMRA to urge councils to use these powers by supporting communities to list pubs as Assets of Community Value, remove development rights to help prevent valued pubs being converted into supermarkets, betting shops and other uses and to ensure Local Plans contain pro-pub policies.